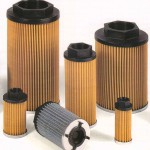 I recently came across an article outlining a failure that occurred on a hydraulic machine during the last northern winter. The extreme cold had caused the water present in the hydraulic oil to freeze on the surface of the installed suction strainer. When the hydraulic system was started the ice-clogged suction strainer imploded and the resulting debris destroyed the pump.

This story is similar to another I had first-hand involvement in many years ago. The seals failed in the swivel on a hydraulic excavator. This allowed the automatic greasing system to pump grease into the hydraulic reservoir. And you can guess what happened next. The grease clogged the suction strainers, which subsequently failed. The wire mesh from the suction strainers destroyed all four hydraulic pumps and several other components.

In both these cases, had the suction strainers not been there, it’s possible that the ice would have melted, and the grease would have eventually dissolved in the hydraulic oil, with minimal damage to any components — other than the oil itself!

The obvious counter to this is, grease should not be present in the hydraulic reservoir and nor should excessive amounts of free or emulsified water to turn into ice. Can’t argue with this. But in the same vein, trash exclusion is not a valid argument for installing suction strainers. Because nuts, bolts, 9/16″ combination spanners, dead birds, rocks and similar debris should not be in the reservoir either.

That said, the reality is nuts, bolts, tools and similar debris pose minimal threat to the pump in a properly designed reservoir where the pump intake penetration is located a minimum of 100mm or four inches off the bottom.

The reality is, if the hydraulic reservoir is properly designed and maintenance standards are decent, poor inlet conditions caused by suction strainers is a bigger threat to pump life in the long run, than contaminants and debris that should not be in the reservoir in the first place. In other words, installing suction strainers, or not removing them when they are installed, is usually a costly mistake. And to discover 6 other costly mistakes you want to be sure to avoid with your hydraulic equipment, get “Six Costly Mistakes Most Hydraulics Users Make… And How You Can Avoid Them!” available for FREE download here.