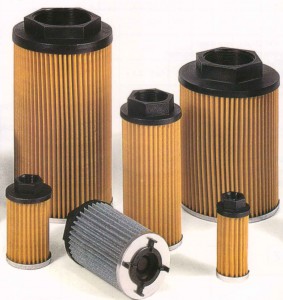 A hungry donkey enters a barn in search of hay. Much to his delight he discovers two, identical haystacks, each on the opposite side of the barn. The donkey stands in the middle of the barn between the two piles of hay, not knowing which one to choose. Hours go by, and then days, but he still can’t make up his mind. Unable to decide, the donkey starves to death.

This short parable comes from the French logician and philosopher Jean Buridan’s commentaries on Aristotle’s Theory of Action, and so the story is known as ‘Buridan’s Ass’.

When he constructed this story, Buridan presumably chose a donkey because they’re not renowned for their intelligence. But having grown up on a farm, I can’t imagine any hungry animal dithering in such a way-not even a donkey.

Regardless, how smart donkeys really are is unimportant to the moral of the story, which is: not deciding has consequences. And options can be a blessing as well a curse. Had the donkey found only one haystack inside the barn, there’d have been no decision to make and he would not have starved to death.

But life is not that simple. Back in 1941, the philosopher Eric Fromm wrote a book called Escape from Freedom. In it he said that in a modern democracy people are beset not by a lack of options, but by a dizzying abundance of them. This is even more true today. Figuratively speaking, we’re all Buridan’s Ass, completely surrounded by haystacks; the options may be nice to have, but not deciding has consequences.

This of course applies on all levels of life, both personal and professional. In the hydraulics biz, our main focus here, there are always decisions waiting to be made. What type of oil to use (lots of haystacks to choose from there), a planned change-out to call, which proactive maintenance tasks to do on what machines and when, a component to be declared faulty and so on.

Often such decisions must be made in the absence of perfect information, or worse, in the presence of conflicting information. An example that comes to mind is the installation of suction strainers on hydraulic pump inlet lines.

As you may already be aware, I’m a loud and enthusiastic advocate of not installing suction strainers, and in the majority of applications, removing and discarding them when they are installed. As a result, I’m always interested in any new information on this issue, especially if it’s anything ‘official’ from a pump manufacturer.

On this note, recently brought to my attention was the data sheet for Nachi PVS series variable volume piston pumps, in which Nachi, under the heading Management of Hydraulic Operating Fluid on page P-2, recommends the installation of a suction strainer: “Provide a suction strainer with a filtering grade of about 100µm (150 mesh).”

The people at Nachi obviously haven’t read my books Insider Secrets to Hydraulics and Preventing Hydraulic Failures! Although to be fair, neither has been translated into Japanese at this point in time. Seriously though, to the best of my knowledge, Nachi is in a very small minority of pump manufacturers who actually recommend the use of a suction strainer.

Contrast Nachi’s recommendation, with Bosch Rexroth’s. The data sheet for their SV-20 & SV-25 series variable vane pumps, on page 2 states: “Bosch Rexroth does not recommend the use of inlet suction strainers.”

That’s one pump manufacturer for and one against. Here’s another, Eaton-Vickers, sitting on the fence (bolding mine):

“[Reservoir] outlet line strainers, also called [pump] inlet filters or inlet screens are very common. This may be more traditional than functional… They are intended to keep larger solid contaminants from entering the hydraulic system. A drawback is that they are quite inaccessible for service and cleaning. If they become restricted due to excess contamination, they can cause cavitation and damage to system pumps. A more current approach is to ensure clean fluid is maintained in the reservoir, precluding the need for an outlet line strainer.”

This piece of prose may well have been written by one of their in-house attorneys. It seems this pump manufacturer wants you to make up your own mind. But at least it acknowledges that the tradition of always installing a suction strainer is outdated.

Then there’s this from page 31 of the Contamination Control Program manual by Stauff, a company that does not manufacture pumps, but does make suction strainers (bolding theirs):

“WARNING: It is advisable to check with the pump manufacturer before any type of filter is fitted to the pump inlet line… In general, suction strainers do not contribute to system cleanliness. The difficulty associated with changing strainers, and knowing if and when they are clogged [may result in pump damage].”

So if you take Stauff’s advice and check with the pump manufacturer, one says ‘yes’, another says ‘no’ and a third says ‘you decide’. As is the case with a myriad of other equipment maintenance decisions, this one is your call. And it’s a call YOU have to make-one way or the other. Because as Buridan’s ass discovered, not deciding can result in the very same consequences you wished to avoid. And to discover six other costly mistakes you want to be sure to avoid with your hydraulic equipment, get “Six Costly Mistakes Most Hydraulics Users Make… And How You Can Avoid Them!” available for FREE download here.