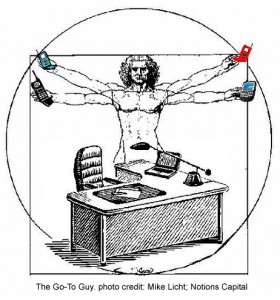 Back in 1991, the hydraulics company I was working for had supplied conversion kits to change the hydraulic piston pump on an ROV (remotely operated [submersible] vehicle) from an obsolete brand to Linde.

The kits had been supplied as an in-field replacement, so that the changeover could be done when necessary, in other words, when the existing hydraulic pump failed. The time came of course for the first of these kits to be installed in anger. The ROV in question was installed on a semi-submersible drilling rig which was preparing for a move to another location.

But UK North Sea regulations meant the rig couldn’t leave its present location until a seabed survey, around the soon to be abandoned well-head, was completed. And this was the job of the ROV, which had just suffered a catastrophic, hydraulic pump failure.

The ROV Supervisor had looked at the replacement pump conversion kit and judged that the new hydraulic pump could not be installed as supplied. So with the pressure to get the ROV back in service building rapidly, he sent an urgent S.O.S to the beach.

It was a Friday afternoon around 3pm when the engineering manager came down to the workshop and briefed me on the situation. He was confident that the supplied kit contained everything that was needed to install the replacement hydraulic pump; the guys on the rig just needed their hand holding. And my chopper out to the rig was leaving in an hour.

It was still daylight when the co-pilot of the Sikorsky S-76 instructed me to zip-up my immersion suit in preparation for landing. As I heaved on the waterproof zip, I could see that the rig was already ballasting up, and the anchor-handling tugs were preparing to pull the first of the rig’s eight anchors. There was no doubt she would be ready for ‘the tow’ the following morning.

I was met at the heli-deck by the ROV Supervisor, and after the compulsory rig-induction, I dumped my kit-bag in my allocated cabin and went to work (I should say BACK to work, since I’d already done a day’s graft in the workshop!).
The ROV Supervisor was a decent guy, but he kinda wanted to be proved right; that the replacement hydraulic pump could not be installed with the kit supplied.

The first issue, and a major one, was that the orientation of the pressure and intake ports on the Linde pump were 90 degrees out compared to the original pump. I was able to overcome this by pulling the pump mounting plate off the submersible electric motor and rotating it 90 degrees. Doing so meant most of the oil in the motor was lost and had to be replaced.

And it went on like this for hours, one hurdle after another. I had to re-bend the stainless steel tube supplied to connect the load-sensing line, scrounge an adaptor to connect the case drain line and find metric bolts for the SAE flange on the pressure hose.

Finally, at about 4am, it looked as though the ROV Supervisor was right: the original intake line was too short for the new pump and there was nothing in the kit supplied to cover it.

This was 1991 and back then, rig time cost around $50,000 per day (these days I believe it’s more like $250K+ per day). While I COULD have given up, admitted defeat and gone to bed for a few hours before requesting that the necessary parts be rounded up and flown out to the rig, I did not.

Instead, I went down to the engine room and made friends with the 2nd Engineer (when people know the whole rig is waiting on YOU, they’re usually helpful). Anyway, after raking around in the engine room’s spares for half an hour, I found something to do the trick: a couple of black-metal, 2″ male nipples and a female bush.

This is NOT what you’d normally use for immersion in seawater, but needs must. And I was able to use these adaptors to make up the pump intake line’s shortfall in length.

By the time the ROV’s hydraulic system was filled with oil, bled and in the water it was dawn. The rig was floating on its pontoons and the final anchors were waiting to be pulled. The ROV pilot got the seabed survey done and we all went to breakfast red-eyed, exhausted and relieved. By 9am I was in a chopper on my way back to Aberdeen.

From that point on, at that company, I was the ‘Go-To-Guy’. If the you-know-what hit the fan, if the chips were down and the deck was stacked, I was the guy they sent.

My reputation was made: whatever it takes.

Perhaps you can relate? Maybe you’ve driven all night in a snow storm to a supplier, slept in your car for a couple of hours while waiting for them to open, collected that critical part, then risked points on your license to get back to the plant ASAP to install it. Or some similar Herculean effort?

The thing is, us Go-To-Guys are seriously undervalued. In no small part because we tend to undervalue OURSELVES. And be suckers for punishment. But you do get battle-weary. It’s lonely work, usually exhausting and often stressful. So after 20 or so years of ‘pulling rabbits out of hats’ I no longer get involved in other people’s problems – unless they pay me a King’s Ransom.

These days I know my worth (you should too). And as I explain to prospective consulting clients, you don’t want to even think about hiring ME unless the hydraulic problem you’ve got is at least a 7.9 on the Richter scale.

But there is one exception: If you’re a Go-To-Guy who operates on a tight-rope without a safety net, (and that’s normal) or you’re someone who has need of a genuine Go-To-Guy on occasion, there IS a way you CAN get my full and prompt attention very cheaply. And that’s by taking my hydraulics troubleshooting training.

The main objective of this training is of course to make YOU a better hydraulic problem solver. And that’s a skill you can take to the bank. But when you enroll in this unique program, you also get THIS Go-To-Guy’s help, no charge. Which means you’re not out there walking the tight-rope on your own anymore.

If having access to this sort of support appeals to you, get all the details here
Beyond that though, here’s to ALL the Go-To-Guys out there. In this day and age, when almost nothing is straightforward, the world needs more of us.  If that’s you, award yourself a gold star and keep up the good work.

7 thoughts on “From The Go-To Guy’s Creed: Whatever It Takes”