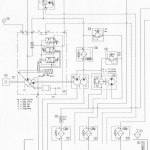 In The Hydraulic Troubleshooting Handbook, I outline a logical approach to hydraulic troubleshooting that begins with checking and eliminating the easy things first. The benefits of this approach are clearly illustrated by a troubleshooting situation I was involved in recently.

The machine in question had a complex hydraulic system, the heart of which comprised two engines driving ten hydraulic pumps. Six of the pumps were variable displacement pumps and four of these had electronic horsepower control.

The symptoms of the problem were slow cycle times in combination with lug-down of the engines (loss of engine RPM). The machine had just been fitted with a new set of pumps.

Due to the complexity of the hydraulic system, I knew that it would take around four hours to run a complete system check and tune-up. So in order to eliminate the easy things first, when I arrived on site I inquired about the condition of the engines and their service history. The mechanic in charge not only assured me that the engines were in top shape, he was adamant that this was a ‘hydraulic’ problem.

Four hours later, after running a complete check of the hydraulic system without finding anything significant, I was not surprised that the problem remained unchanged. After a lengthy discussion, I managed to convince the mechanic in charge to change the fuel filters and air cleaner elements on both engines.

This fixed the problem. It turned out that a bad batch of fuel had caused premature clogging of the engine fuel filters, which were preventing the engines from developing their rated horsepower.

The point here being, if the relatively simple task of changing the engine fuel filters had been carried out when the problem was first noticed, an expensive service call and four hours of downtime could have been avoided.

In other words, failing to check the easy things at the beginning of a troubleshooting effort can be a costly mistake. And to discover six other costly mistakes you want to be sure to avoid with your hydraulic equipment, get “Six Costly Mistakes Most Hydraulics Users Make… And How You Can Avoid Them!” available for FREE download here.