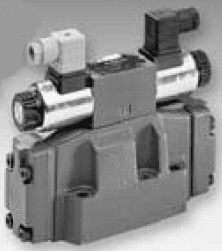 So what could go wrong with a hydraulic valve that would stop the solenoid plunger from being pulled in completely? Well, contamination is a common cause. When hard or soft particles invade the clearance between the spool and its bore, the solenoid may not have enough power to fully shift the valve’s spool. This is often referred to as “silt-lock”.

If silt-lock is the problem, then replacing the solenoid is a waste of time. Replacing the entire valve will BUY some time – until it too becomes silt-locked. The solution of course, is to get the contamination problem under control.

Still, an AC solenoid can be cycled quite rapidly. To give you some idea, a class H solenoid, which has insulation rated to 180C, can be safely switched twice per second. But a DC solenoid with class F insulation rated to 150C can be cycled four times per second without any fear of overheating. And the nice thing about DC solenoids is they don’t burn out if the plunger doesn’t completely close – due to silt lock or any other reason. I have more to say about this and similar hydraulic problems in ‘The Hydraulic Troubleshooting Handbook’, available here.